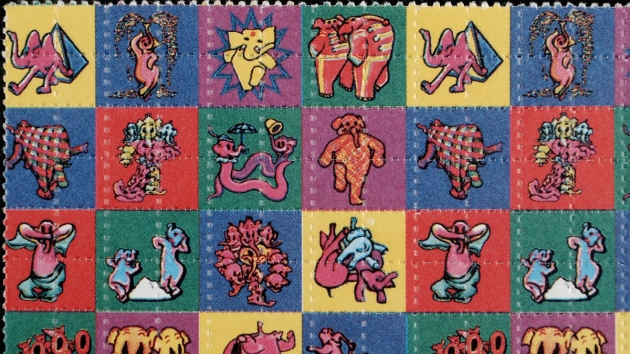 An analysis of old studies suggests LSD may have a role to play in treating alcoholism.

The powerful hallucinogen LSD (lysergic acid diethylamide) has potential as a treatment for alcoholism, according to a retrospective analysis of studies published in the late 1960s and early 1970s.

The study1, by neuroscientist Teri Krebs and clinical psychologist Pål-Ørjan Johansen of the Norwegian University of Science and Technology in Trondheim, is the first-ever quantitative meta-analysis of LSD–alcoholism clinical trials. The researchers sifted through thousands of records to collect data from randomized, double-blind trials that compared one dose of LSD to a placebo.

Of 536 participants in six trials, 59% of people receiving LSD reported lower levels of alcohol misuse, compared to 38% of people who received a placebo. “We were surprised that the effect was so clear and consistent,” says Krebs. She says that the problem with most studies done at that time was that there were too few participants, which limited statistical power. “But when you combine the data in a meta-analysis, we have more than 500 patients and there is definitely an effect,” she says. In general, the reported benefits lasted three to six months. Their findings are published today in the Journal of Psychopharmacology.

Psychedelics were promoted by psychiatrists in the 1950s as having a range of medical uses — to treat conditions such as schizophrenia, for example — before political pressures in the United States and elsewhere largely ended the work. “Alcoholism was considered one of the most promising clinical applications for LSD,” says Johansen. Alcoholics Anonymous co-founder Bill Wilson is said to have espoused the benefits of LSD in the book Pass It On: The Story of Bill Wilson and How the AA Message Reached the World.

In the last decade or so, however, a new generation of researchers have been interested in harnessing the therapeutic benefits of illicit drugs — such as 3,4-methylenedioxymethamphetamine (MDMA or ecstasy) for post-traumatic stress disorder, ayahuasca for drug and alcohol dependency, and psilocybin, the active ingredient in hallucinogenic mushrooms, for smoking cessation.

The snow globe of perception?

How psychedelics exert such effects, especially after a single dose, remains unclear. LSD and its chemical cousins share structural similarities with the neurotransmitter serotonin, which is linked to many aspects of mood, memory and pleasure. These psychedelics also bind the same receptor sites in the brain as serotonin, but there the similarity may end — studies have shown that the hallucinogens elicit chemical cascades different from other compounds that bind at the same receptor2. To complicate matters further, LSD also acts at other receptors3.

For the moment, studying human behavioural responses rather than brain chemistry may be more helpful in understanding how the drugs work. Robin Carhart-Harris, a psychopharmacologist at Imperial College London who has researched how psilocybin could treat depression, says that psychedelics must work at both biological and psychological levels. “Psychedelics probably work in addiction by making the brain function more chaotically for a period — a bit like shaking up a snow globe — weakening reinforced brain connections and dynamics,” he says.

Roland Griffiths, a behavioural biologist at the Johns Hopkins University School of Medicine in Baltimore, Maryland, is investigating the influence of psilocybin on smoking cessation, and says that psychedelics sometimes give rise to distinctive, insightful experiences that can produce enduring positive changes in attitude, mood and behaviour.

“This is impressive and important work,” says Matthew Johnson, a psychiatrist also at Johns Hopkins University who is now running a small trial looking at the effectiveness of psilocybin to treat nicotine addiction. “Although this meta-analysis does not replace the need to test the approach in new, well-designed and rigorous clinical trials, it puts some more muscle behind the interpretation that the older literature shows hints that psychedelic therapy might really help addiction.”

However, Ken Checinski, a consultant addiction psychiatrist and independent researcher based in London, says that although the results are exciting, no pharmacological treatment should be seen as a magic bullet and that modern therapeutic techniques have improved. “The included LSD trials pre-date the use of psychological techniques such as motivational interviewing and cognitive behaviour therapy,” he says.